I was given a box full of old family photographs. They are of my paternal family, the Greens, who have lived in Bampton for several generations.

Some of the photos from the box have inspired me to experiment with different methods of printmaking.

Recent prints are the linocuts inspired by my experience as a supporting artist and of the Bampton Morris dancers.
I was fortunate enough to be asked to be a supporting artist, an extra, during the filming of Downton Abbey, the popular period drama which is set in the 1920s.   ( The church and village scenes are filmed in Bampton ) Dressed as a ‘female villager’  I felt as though I was walking in my Great-Grandmothers’ footsteps; the families lived in the streets featured in the filming. I really enjoyed the whole experience. My small part didn’t end up on the cutting room floor but if you blinked you missed me!

I was delighted to be asked if my monoprint ‘Harry Green, 1892-1916’ could be used to illustrate the cover of a Welsh language novella by Harri Pritchard Jones, ‘Disgyn i’w Lle’ (Falling into Place). It was published in the summer of 2014 to coincide with the anniversary of the beginning of the Great War. I am so pleased that the print is used as I had made it and not altered by a designer. 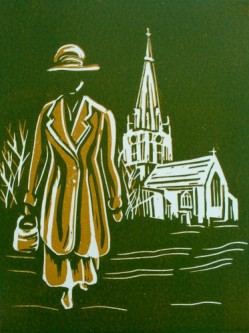 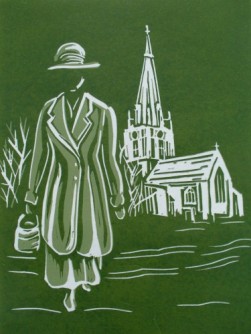 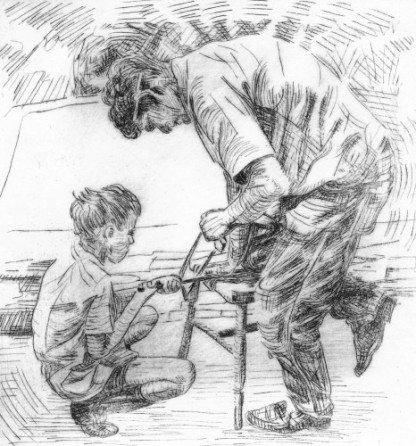 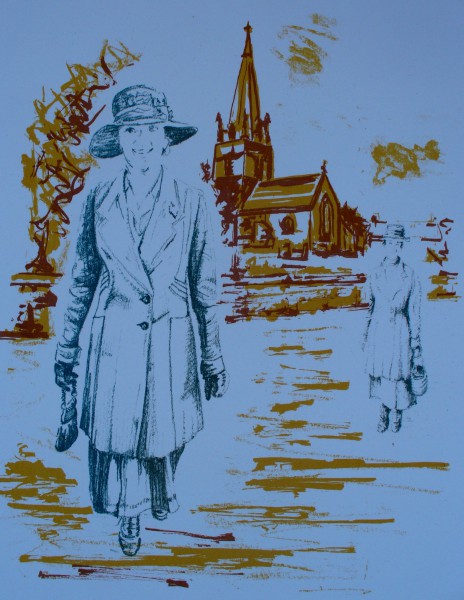